No team in the LCK had retooled their lineup in the fashion Gen.G did during the 2021 offseason. The team signed top laner Doran, support Lehends, veteran jungler Peanut, and enlisted Score as their head coach in order to help long-time ADC Ruler compete to clinch their first league title. But it was only when they signed superstar mid-laner Chovy that Gen.G turned from another contender to the outright team to beat in the LCK.

But as the year transpired, Gen.G had yet to match the expectations fans set out for them. Instead, with another runner-up finish in the spring split playoffs to T1 reinforced their reputation as the LCK’s crownless kings. 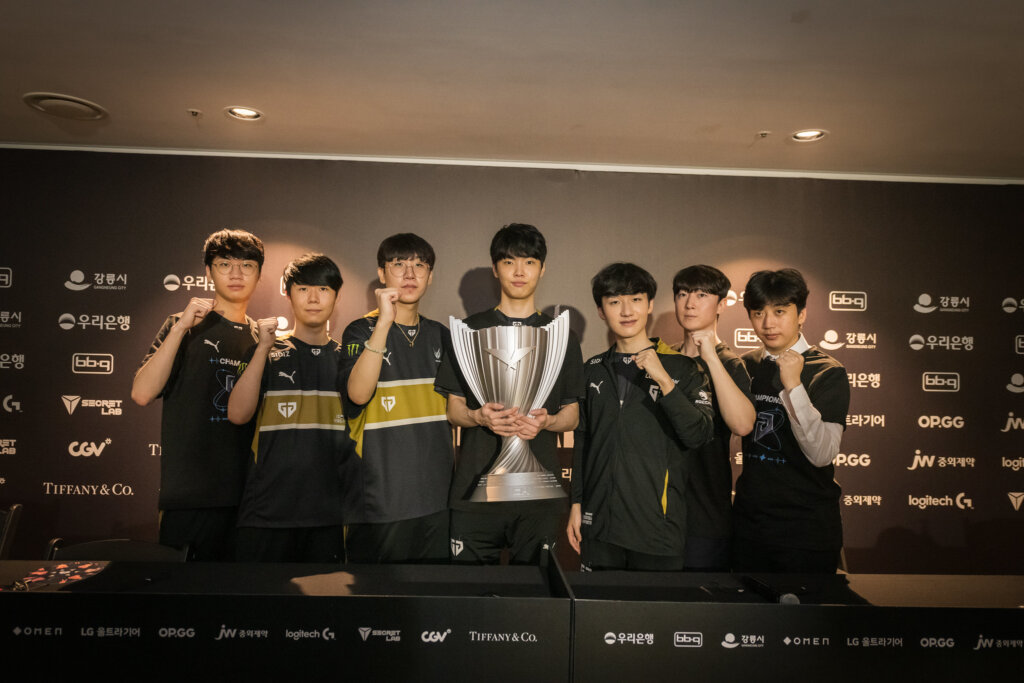 But in the summer split, Gen.G shattered all of their past failures with a nearly flawless season. Seventeen wins and one loss, a 6-1 record in playoffs–of which included a clean sweep over T1 in the grand finals–all five members of the team winning All-Pro honors, Ruler becoming the league MVP, Score winning Coach of the Split, nobody could catch Gen.G.

By dominating the LCK, the team is seen as one of the leading contenders for the Cup, and in a year that saw them break the mold with respect to their past, it wouldn’t be surprising to see them do it again come November.

Whatever competition T1 is in, they are more than certain to be a favorite, and in Worlds 2022 that is not different. Korea’s most successful League of Legends team reached this point having added another LCK title to their ever-growing trophy cabinet.

Not much should be said regarding how they obtained their 10th league title: 18-0 in the regular season and a 3-1 victory over Gen.G in the grand finals. It was a split that contained everything one could ask for–save for their MSI grand finals loss to RNG.

While orchestrating another flawless split was something T1 ultimately couldn’t do for the summer split, they remained stout against the rest of the league, thereby securing their place in Worlds with a direct ticket despite losing to Gen.G in the grand finals and making a coaching change within the season. Faker is Faker. As someone who has continued performing as well as he had been for nearly a decade, it’s only expected to see the Korean mid-laner do the same in NA, the region which saw him become a three-time world champion. Working beside him is a young lineup that gained crucial experience through their venture in last year’s edition in Iceland.

Gumayusi and Keria are regarded as one of the world’s best bot lane duos whereas Oner continues to make a name for himself as the next best jungler in the league. Despite being a rookie, Zeus has come into his own as a formidable top laner with a pair of All-Pro selections to his name already. All this makes for a stellar lineup that gives the LCK ample hope of reclaiming the Cup from China and handing T1 their fourth title.

From dominating the LCK and nearly clinching a second successive world title to finishing Top 4 for both the spring and summer split, it’s fair to say DWG KIA hasn’t reached the same level of success this year compared to the past. the team. Nevertheless, it’s still an impressive thing to consider after recognizing how the majority of that successful roster departed from the team shortly after the 2021 season.

To fill the vacancies, DWG signed Burdol and the bot-lane partnership of deokdam and Kellin to play alongside their star players in ShowMaker and Canyon. Shortly after the spring split, DWG picked up Nuguri as their newest starting top laner, reuniting with his 2020 world championship-winning teammates. Although the team has seen its fair share of issues during the season, such as their top lane seeing constant switches between Burdol and Nuguri during the summer split, that hasn’t stopped them from reaching Worlds for the fourth consecutive time, which is the longest stretch any team in the LCK have done.

Though expectations surrounding DWG aren’t as pronounced as before, they are still a viable team with championship experience and a cast of exciting talent that can stand level with other major squads. 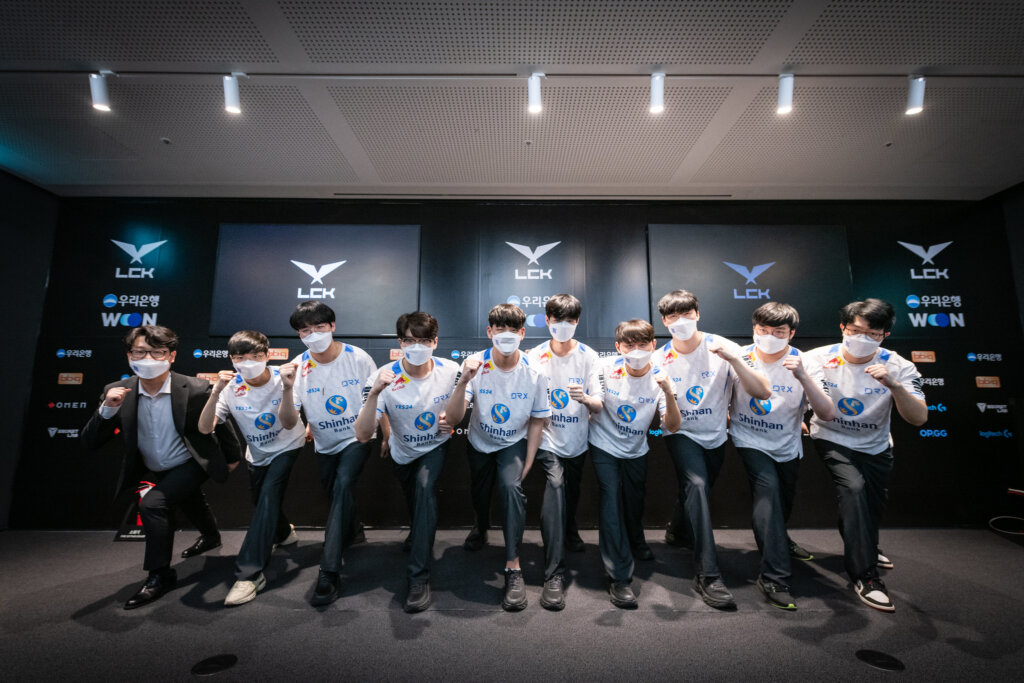 DRX has certainly come a long way to reach this point since the end of the 2021 season. At this point last year, they finished last in the LCK with a 2-16 record and subsequent oversaw numerous changes to their lineup, from the players to the coaches. The team picked up mid-laner Zeka, who played in the LPL for two years, and BeryL, a 3-time LCK and former world champion. But perhaps the biggest addition DRX made was veteran ADC Deft, who returned following a one-year stint with Hanhwa Life Esports.

With a refurbished lineup boasting experience and promise, DRX rebounded in the spring split by finishing 5th in playoffs. The team continued their decent form well into summer, but as the pressure to achieve in order to qualify for Worlds increased, fans felt DRX left a lot more to be desired in Summoner’s Rift. That is why, when the team faced Liiv SANDBOX in the second round of the LCK regional finals with the fourth seed up for grabs, the pressure to perform was at its zenith. That also explains why, when DRX won Game 5 of the series off a 23-minute stomp to clinch the org’s second appearance in three years, they embraced each other with unbridled joy.

Compared to their Worlds 2020 appearance, jungler Pyosik and Deft are the only members to reach the event under the DRX banner. They will be accompanied by their veteran support and dependable top laner who are both inching to supersede fans’ expectations of the team being a pushover. Additionally, they will have the inclusion of substitute jungler Juhan, who played an integral role behind DRX’s victory of Liiv in the regional finals. He, like the rest of the team will vie to make some noise in Play-Ins and beyond. 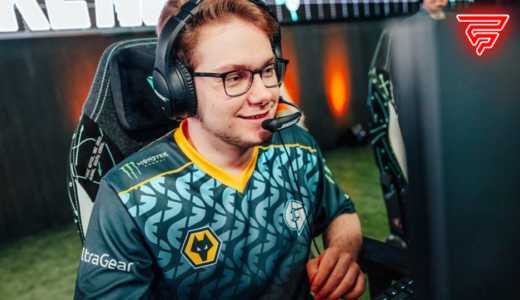 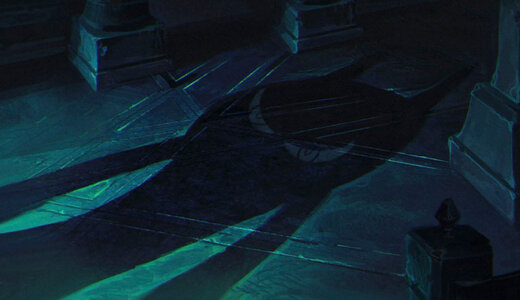 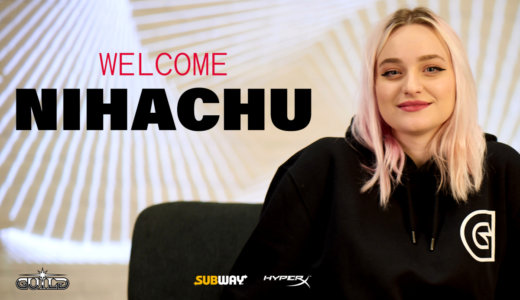