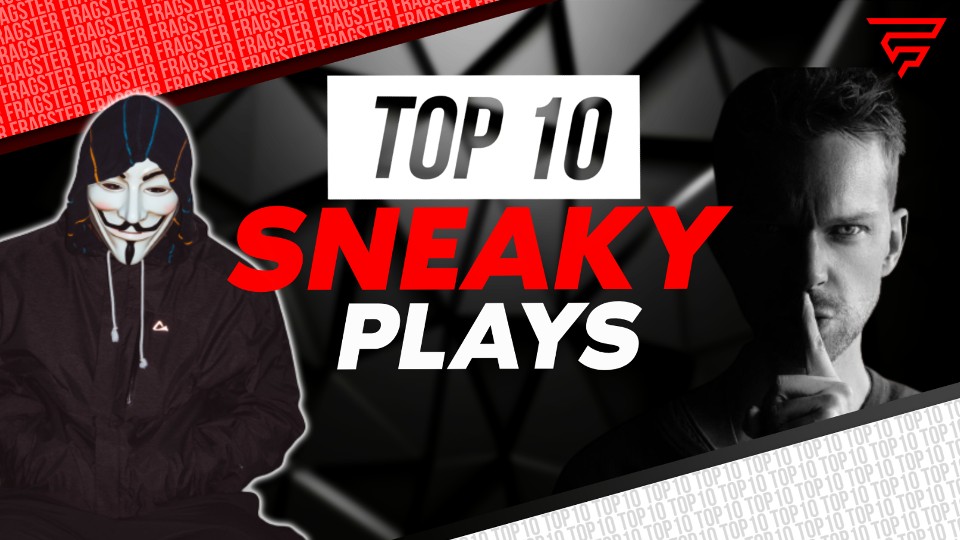 When it comes to esports, a lot of players want to be that “star action player”. The player who clutches ace, who dives under the tower, or simply produces highlights. But sometimes, there are more effective ways to win a game.

Playing sneaky can have many benefits. Aside from feeling like a goat, sneaky plays can be just as efficient and are the smarter options. That’s why we’ve put together the top 10 sneaky plays in esports for you today.

Number 10 on our list starts with the legendary Fnatic Trap Bush at the League of Legends Season 3 World Championship. After two games played, Fnatic was already 0-2 behind in this best-of-five, so they had to get creative to beat the opposing team Royal Club. After losing a fight at Dragon, Fnatic pretended to withdraw.

Looking to use this to push the mid-lane turret, Royal Club decided to dive on Fnatic’s AD carry, which appeared to be Fnatic’s last player behind. However, once the dive started, Fnatic came out of the Fog of War from all directions and were able to turn the fight around and win. However, Royal Gaming prevailed in the series and advanced to the finals, where they lost to SKT T1.

It should be clear that not all spots and places to hide are known when it comes to a new esports title. The Valorant pro Subroza used this ignorance in the CLG Blitz Cup in 2020, where he competed with his team TSM against Immortals. At the start of the pistol round, he crouched in a corner and let 4 of his 5 opponents run past him, only to take them all out with accurate headshots. He even got an ace afterward. Subroza’s patience and clever positioning won TSM the pistol round and set the stage for the match, which they won.

Every Counter-Strike fan should know that the Swedish Counter-Strike legend flusha is known for his controversial plays. Whenever he could, he took the chance to embarrass his opponents, like in this case with a double knife kill during the ESL Pro League Season 11. On the last map of the grand finale, he once again couldn’t resist slicing his opponents from mousesports.

He sneaks up on his victims from behind and gets both kills with his trademark skinless Knife. The map and thus the Grand Final of the ESL Pro League Season 11 EU went to Fnatic. The $3,000 from knife kills certainly helped.

A sneaky flank, if executed well, can turn an entire round upside down. An example of this was presented to us by the Russian Valorant pro nAts at the VCT 2021 in Berlin, where Gambit played against G2 for a place in the final. On G2’s Map Pick Icebox, Gambit beat up the European organization 13-0 to earn a place in the final.

How that came about was down to Gambit’s brilliant play, which can be admired to this cross from nAts. Gambit dominated the map at will, and that’s how those nAts’s sneaky flanks that undermined G2’s entire defense, were created. By the way, with the 13-0 swatter in the back, Gambit were also able to win the final against Envy 3-0.

Stewie2k and s1mple have been rivals on Counter-Strike servers for a long time. They have fought numerous battles against each other, but this personal duel during the group stage of IEM Katowice 2021 is definitely a highlight. When Stewie spots the barrel of s1mple’s gun around the corner, his decision to cut it is already made.

Knowing that this brazen action will drive s1mple up the wall, he stabs and gets the kill. It was not only good for Stewie’s wallet but also good for his ego. After all, not everyone can say they managed to hunt down the GOAT with knife. The map and thus the best-of-three series was claimed by Team Liquid.

Number 5 on our list goes to Team Empire’s Scyther at the 2019 Rainbow Six Major in Raleigh. In the semifinals against Team Secret, the Russian org was already two rounds in the lead. In one-on-one and a seemingly hopeless situation, Scyther, who had to defuse the bomb, had a brilliant brainwave — he shot a small hole through the wall behind which the bomb was and defuse it through that very hole.

Of course, his opponent didn’t expect this sneaky play. He had no view of the back of the wall. Desperate, he still tried somehow to prevent the Russians from defusing, but the attempt was unsuccessful. Team Empire secured both the round and the Major title.

If you have your back against the wall in esports, you sometimes have to resort to risky means to regain control of a match. With that thought, Damwon dared this extremely sophisticated play to turn the decisive game in the Grand Final of the League of Legends World Championship 2021. With 3000 gold behind, Damwon’s Khan and Canyon decided to quietly take down the Baron while opposing team Edward Gaming didn’t see it.

This move was extremely risky, as Damwon was absolutely in no position to pull off the play. At this point, the audacity with which they ultimately kill the baron and start a comeback wins. However, Damwon’s secret mission did not lead to victory in the end. Edward Gaming were crowned world champions after this thrilling exchange of blows.

The podium was occupied by this backdoor by the Greek Dota 2 player “Maybe Next Time” in the final of the Dota2 Boston Majors 2016. AD FINEM and OG fought an epic battle over 79 minutes in game three, in which AD FINEM could prevail thanks to the sneaky backdoor. After an extremely close team fight at OG’s base, OG were able to repel their attackers, leaving only Maybe Next Time alive. He didn’t hesitate and decided, against the motto of his gamertag, not to wait for the next push, but instead snuck into OG’s base and end the game. However, a comeback in the final was still not possible and OG won the next game and thus also the series.

There are different ways of playing that can lead to success in a Battle Royale. Either, you’re ready for a riot and rush from gunfight to gunfight, or you can do it like the Chinese PUBG pro Cpt, who used the sneaky variant and thus created one of the most memorable moments in PUBG esports. At PUBG Faceit Global Summit 2019, his team 4 Angry Men were already eliminated except for Cpt, who crawled through the tall grass for what felt like an eternity until an opportunity arose.

The whole squad from the Chinese organization 17 Gaming had their backs to him and didn’t seem to have noticed him. A grenade and a few shots later, the stunned Team 17 Gaming were history, and Cpt took himself and his team a big step closer to the title. In the end, it was only enough for the sixth place, but Cpt provided THE highlight of the tournament with this sneaky play.

Number 1 of the sneakiest plays in esports is occupied by the Danish clutch master himself, Xyp9x. Nobody has mastered the art of clutch play like him, as he proved in this clip from IEM Chicago 2018. With the match point in sight, but as the last remaining player, Xyp9x actually had to save the weapon for the next round. But Xyp9x wouldn’t be Xyp9x if he didn’t go on the almost impossible mission to defuse the bomb after all.

With 25 HP, he grabbed his feet and ran onto the bomb spot that was already abandoned by opposing team North and defused the bomb at the very last second. This not only got his team Astralis into the playoffs, but Xyp9x also took first place on our list of the sneakiest plays of all time. By the way, Astralis were able to win that tournament. 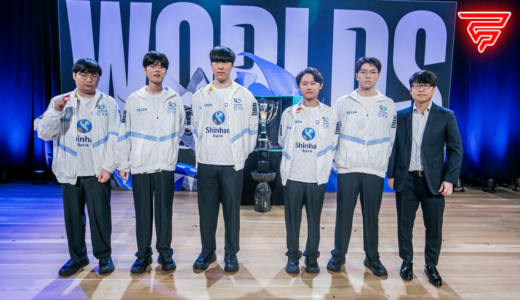 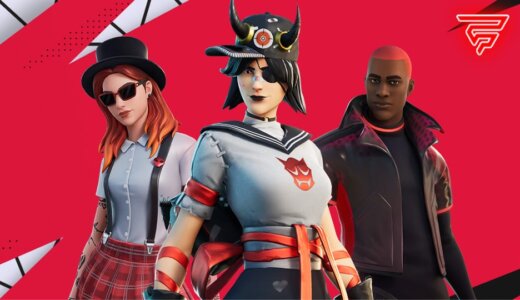 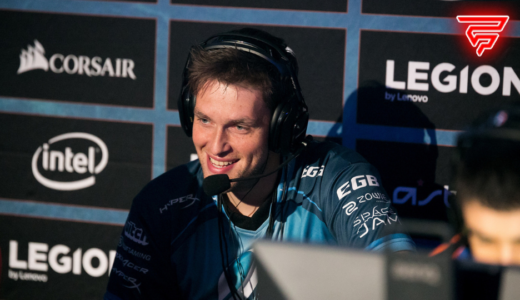 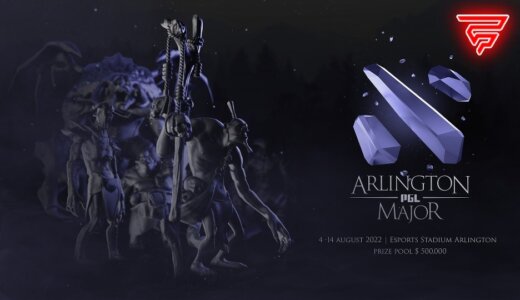 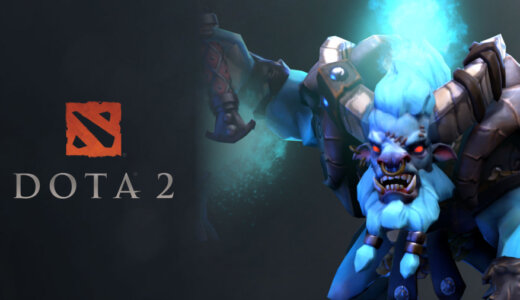